For the last two weeks I’ve been thinking quite a lot about faith in general and my faith in particular. As many of you know we were not even a nominally religious family. I was sent to Sunday School, but only once, having endured this particular Sunday afternoon in a class room, characterised by complete chaos, I decided it was not for me. You see Sunday School presented two insurmountable problems: First – Sunday, which I regarded as my day off.  I believed in the concept of Sabbath rest even if I had no idea what it meant. Second – School. I regarded school as an inconvenience and something to be endured rather that enjoyed. So, any institution which included in its title the words Sunday and School and which involved attention and participation was never going to get very far in my books, once was enough for me, thank you very much. My mother (who had never darkened a church door since an unfortunate encounter with a member of her local congregation, who apparently felt called to “Tell it as it is” even if she was miles of the mark) thought one more try at Church attendance was important, so at the tender age of 11 she marched me off to confirmation classes. I did manage three lessons – then to assembled class and the Vicar’s surprise, I announced to the group that I was having major issues with this whole faith idea and would not be returning – so again I uttered the words thank you very much and disappeared from view. Cue a visit from the Vicar and my mother having me scrambling around at the top of the kitchen wall cabinets to find the china tea service, bought from Timothy Whites years before, because every self respecting family should have a china tea service, even if it never saw the light of day. It was, I think, its first and only outing.

At this time I was a member of the local church Cub pack and enjoyed the experience, however, I had to be dragged, kicking and screaming to Church parade. St Mary’s Parish Church,Droylsden, was what we call Up North, Lancashire Low – translate that to mean boring and in my case explosively boring.  Sung Matins was the order of the day, being forced to sit on a Sunday morning, in church, on an uncomfortable pew, not ever to move or fidget, to be silent and attentive might have been for some good members of the parish an important lesson in how young people learn to behave in public. I hated every minute of it, I really hated it. So it looked like I was happily looking forward to a full and meaningful life characterised by agnosticism or even out right atheism.

It then happened that I encountered St Stephen’s Church Droylsden. St Stephens was the local RC church, not ever, my mother told me, to be frequented by good non church going protestants like us. Mother lumped RC’s and gypsies together. So if either of them, priest or peg seller, were to stroll up our Avenue, mother dragged me into the kitchen to hide. She thought gypsies would curse us if we declined to purchase the pegs on offer, goodness only knows that she thought the local RC priest was going to do. So one day, ignoring my mother’s advice I wandered with a friend into St Stephens church and that was it – I was hooked. It wasn’t just the luscious sight which befell my eyes, or the amazing aroma, it was the space, the silence. I didn’t feel hemmed in like my previous experiences of church, I felt free, so ignoring all family advice I began to pop in during the day, never when there was a mass, just when it was empty and free, for a bit of me time, with this new friend I had discovered called God. He didn’t tell me what to do, or how to behave, he didn’t lecture me about sin and all that, he just sat by my side. It took another year before I discovered that there were similar glories to be found in the Church of England, but they were a good bus ride away and in a very different part of town, a bit closer to the City Centre and much more edgy, quite exciting really! So there we are, intellectually, I couldn’t get my young head round all this religion stuff, it was only when God captured my heart that I really began to see the light, the rest as they say is history. Thank God for St Stephen’s.

P.S. The organ made its first real sounds today after over twelve months inactivity. It was good to hear some of the pipes sounding after such a long period of silence. 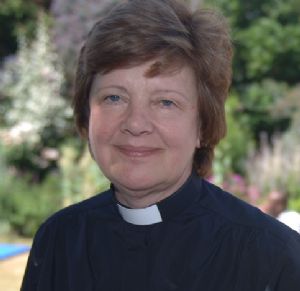 The school holidays are upon us, so the weather has turned cooler and the rain has poured down – great for our gardens, but more challenging for parents of younger children! I hope those of you with young families are all able to experience some rest, relaxation and fun over the coming weeks. I shall be spending more time with our grandchildren, two staying with us in London for a drama course next week, the other three holidaying with us in Devon later this month. I shall be well up to speed on all the latest cartoon characters and Lego models by September!